Transference. The change of elemental states. The search for a place not here nor there.

These were our early concepts for the exhibition. Be careful what you wish for. Despite an unpredictable year in all corners of the globe, the original framework for the project is in place: to commission work from one artist to inform the work of the other. The idea & process is elliptical and is revealed over a period of time in three sections.

The fulcrum is a set of paintings by Tim McMonagle. They will be made using source imagery around the idea of “A Place Between / Not here nor there”. We approached Paul Knight in Berlin to create source images generated by this diaristic photographic practice. Then the pandemic happened, and nothing was the same.

In isolation in Berlin, Paul had immersed himself in his music practice, making soundscapes without traditional song structures, using sources derived predominately from synthetic sounds and domestic recordings (breath, match strikes, church bells) : a purely electronic space. The fit with the original concept was perfect. We devised a limit of the 12” LP to set the duration of the material. The square of the LP cover echoes Tim’s exclusive canvas ratio, the square.

The six tracks are to be issued as source material to McMonagle for his body of paintings. Tim has always hankered to work with a non-visual source for a group of paintings & this serendipitous outcome has both artists exhilarated by the possibility of extending their practice.

The final part of this work is the unification of the germinal sound work by Paul Knight, Tim McMonagle’s paintings, and documentation of the exhibition to be presented at Greenwood Street Project in early 2021in an LP/catalogue.

Lovelock is the presentation of a new suite of paintings by Tim McMonagle that have been directly informed by a new suite of sound works, produced for this project by Paul Knight, who is resident in Berlin. 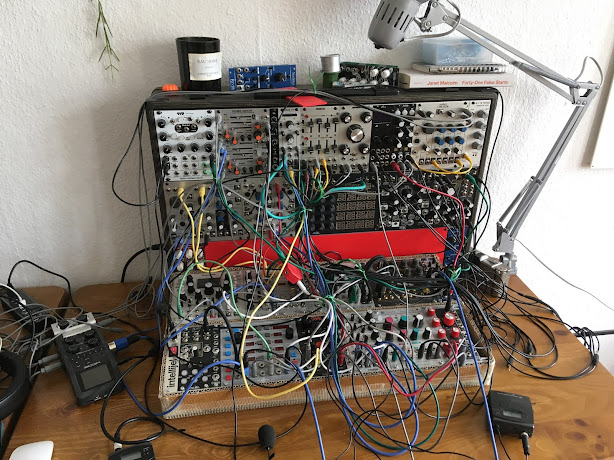 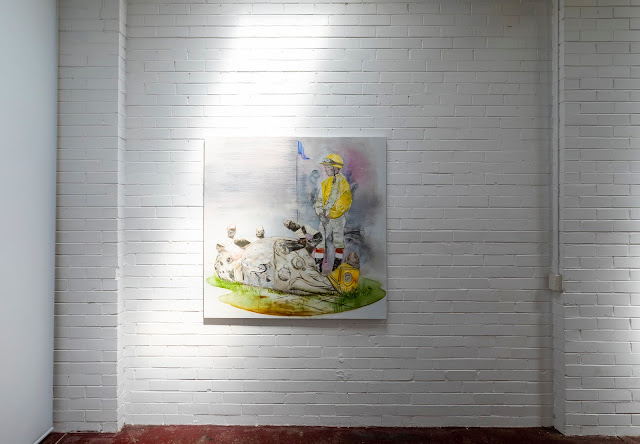