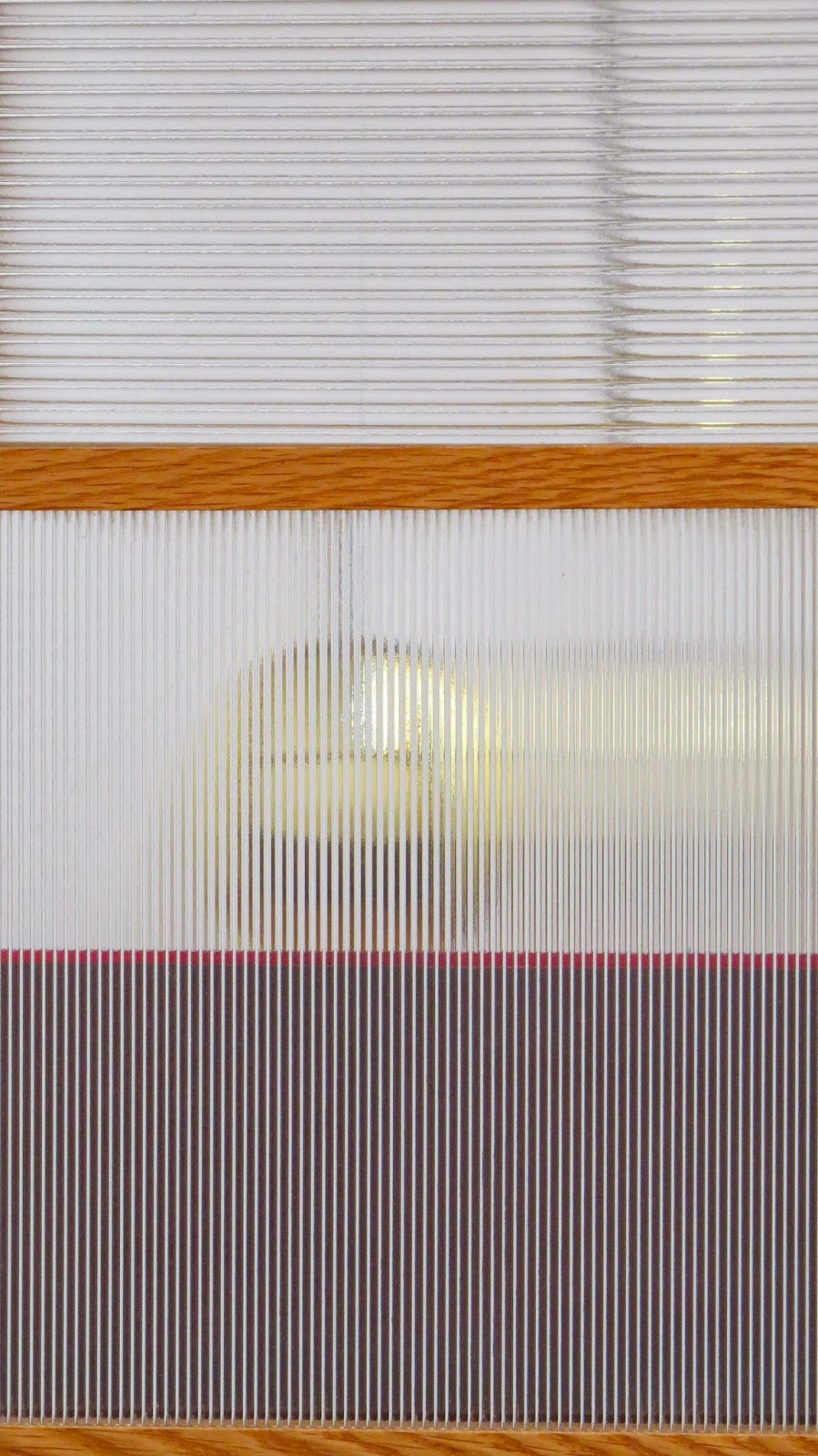 Posted by Admin at 7:40 PM No comments: Links to this post


Donald Judd states: Material, space and colour are the main aspects of visual art. Unless a work is obviously durational, as with a film or video, time rarely figures in this equation. The durational aspects of painting and sculpture are usually only equated with the process of their making: studio or manufacturing time. Borrowing its title (a self-explanatory neologism) from a 1959-60 orchestral work by Olivier Messiaen, this small grouping of works explores some of the ways in which colour and time can be understood as matched qualities in visual art, hereto generally overlooked.
As is abundantly clear from a reading of his extensive notes on colour for the Large Glass (1915-23), Duchamp’s work forces us to reconsider the role of colour (as with almost everything else). A key element in his “farewell to painting”, Tu’m (1918), is a sequence of coloured lozenges which recede to a faraway vanishing point. Unlike the familiar colour wheel, this sequence has no obvious order. At best, the lozenges appear to darken in hue as they disappear into infinity. It’s impossible to know how closely Duchamp planned their appearance because, as with other elements of the work, they were painted by others. What is revolutionary here is the bald presentation of pure colour as nothing other than itself. This is no post-Impressionist scatter of unmixed pigment organised to evoke a landscape or nude, but just the swatches of colour without any clear ordering principal. We don’t really see this again until Warhol’s serial works of the 1960s, with their viral colour permutations.  Colour presented as a seemingly infinite sequence, lacking any representational purpose, exists here as a durational event: we view one colour after another, over a period of time, to the point where the colours signal this durational fact.
Tomislav Nikolic’s PREDICT (2006), works in a similar register. Its series of tiny colour field paintings on thick paper evoking a set of tarot cards wrapped in a piece of protective fabric. They invite random viewing (and organisation) maintaining a sense of a sequence, like the sets of cards they mimic, one colour after the next. The paintings’ apparently simple surfaces mislead: what reads as a single layer of paint is in fact myriad coats of pigment mixed with marble dust, patiently built up over several days.
If colour can be considered as a durational sequence, its accretion can be rendered spatially as Nikolic’s spread of paintings, but other models are also possible.  Sally Marsland’s equally diminutive objects - all constructed from other, found, wooden objects - evoke colour as a substance stored within them. Bright pigment is revealed on the facets that Marsland has sliced from the wood, just as a tree or a piece of fruit would when cut. This causes the shiny surfaces of the objects to appear to pulsate with accumulated energy, although the elaborate artifice of their construction tends to belie a neat overlap with the natural world. Without their coloured planes, Marsland’s objects would be all about form. Colour renders them with a temporal vitality, from which a type of abstract narrative unfolds: tragic or comedic depending on the disposition of the viewer.
Colour does not need to be depicted as a static sequence to summon temporal associations. For several years, Axel Osborne has been working on a series of kinetic sculptures that employ sheets of coloured glass that are raised and lowered by a clockwork mechanism to form slowly modulating chromatic images. The deep frames that house the glass and the inner workings retain the status of sculpture, however much the shifting colours play with the modes of abstract painting. The extended duration required to observe any significant alteration of the image is a test of patience for viewers more attuned to the quick scan that has all but overtaken most modes of attention. Osborne’s sculptures enact a lesson in duration that is almost meteorological in scale - of shifting states depicted in mutable hues like the changing skies above us.
An untitled painting made by an artist who has slipped from history forms the outer reach of Chronochromie. Paul McKenzie’s small abstract painting, produced in Melbourne in the late 1980s, evokes earlier 20th century models. With its aged surface, it could pass for a work by a minor master of the 20s or 30s. The strongly contrasted colours of its crystalline forms ally McKenzie’s painting to the intensely pigmented substances that lie beneath Marsland’s wooden objects, but here, already affected by passing time. Coloured paint does not remain unchanged over the years – surfaces become sullied, and pigments themselves chemically alter. McKenzie’s painting is a relic, as all of the works in this exhibition are fated to become. Its style betrays it, but also its challenged physical condition. Works of art are not self-renewing (Duchamp gave them an upper limit of 25 years of life), and in McKenzie’s painting, colour is rendered explicitly as time having passed.
Should time be allied with colour in Judd’s otherwise undisputable list? Perhaps the inherent nature of this relationship conceals its evident presence. I hope that the works in Chronochromie succeed in suggesting further chromatic and durational correspondences with which to experience other works of art, both past and present. 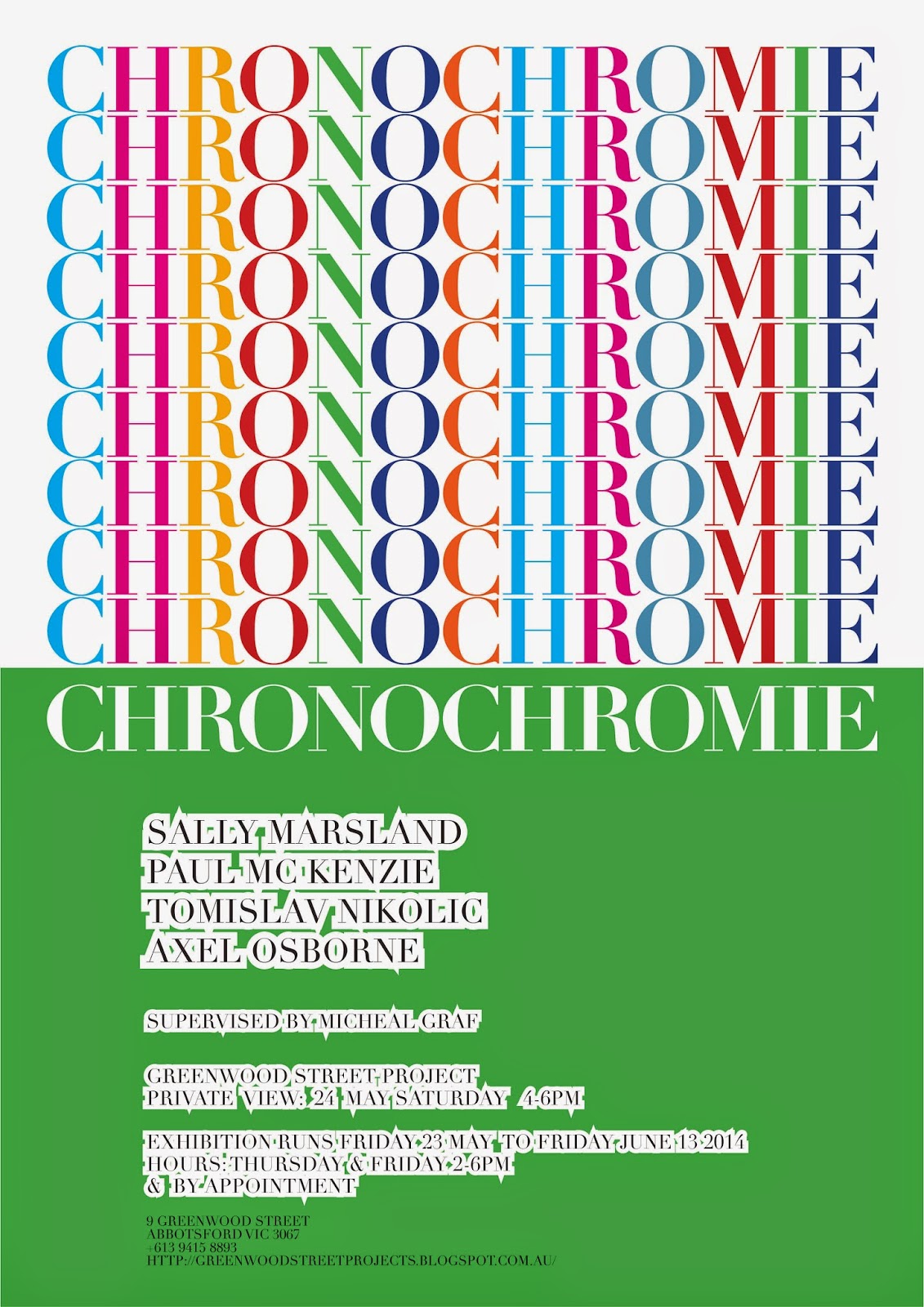 Posted by Admin at 5:31 PM No comments: Links to this post

Regardless of where the works have actually come from, the exhibitions at Greenwood Street Project usually feel as if their material has been sourced directly from private collections. I guess it’s the intimate scale of the space, and also perhaps the functioning office (with “live” people) you walk through to reach it. But then all curated shows, I guess, function as temporary private collections/collations, that reflect the drives, whims and ideas of the person pulling them together.

Donald Holt’s Persistent Joy is a mix of works that he has personally collected, cajoled and snatched from their makers.  It forms a highly individual take on what it is to inhabit (however briefly, and in whatever state of consciousness) the varied environments one moves through. Shifting from outside to in (and then “out” again), the works are arranged as a sequence of spatialities: Andrew Browne’s tarnished nature scenes; Paul Knight’s intimate, ephemeral hotel room mise en scène; and then sites of communal pleasure depicted in André Giesemann and Daniel Schulz’s post-euphoric club interior photos, plus Stefan Marx’s stylised, synecdochically iconic mirror ball (wow – got to use the “s” word!).

In all of these image-based works, the absent human presence is suggested through traces, such as a forlorn smiley-face balloon, or a nature morte of used condoms.  Like the spinning mirror ball, the party stops and starts at the flick of a switch.  And if the guest list is being constantly shuffled, we have to credit this to that other party-giver, whose anamorphic skull is concealed in Holt’s poster design for his exhibition.

Michael Graf
April 2014
Posted by Admin at 5:45 PM No comments: Links to this post

Posted by Admin at 7:51 PM No comments: Links to this post

We are a happy lot. Always able to have a good time, looking for laughs and larks. This idea spawned a swathe of industrialists, entrepreneurs, industrial & graphic designers to heighten the illusion. The result is a pantheon of ephemera and design objects that are tailored to reinforce a sense of occasion and have subsequently become iconic in them selves.

Streamers, balloons, confetti, party hats & cocktail umbrellas, all have been dyed, printed, tinted & meticulously detailed then decorated & branded to appeal to contemporary taste. This process is so effective that even when discarded, then casually encountered as detritus, the residue can project all that joy either remembered or enviously imagined.

This enigmatic echo is the touchstone for the project.

Paul Knight’s work depicts an impressive collection of objects that signal an excellent weekend. Used but not discarded they might be notches on the gun or a challenge to be met. Where André Giesemann & Daniel Schulz’s photographs of seminal German Techno clubs emptied of patrons with the house lights on, still hold for the viewer the feel of music coursing through the body with the chemistry igniting ones brain. All the elements are still there to evoke the power of the experience recently past.

These images are records of good times, borrowed memories, while Andrew Browne’s works allow a projection onto the found object. A smiley foil balloon in the undergrowth & weathered cocktail umbrella in a more urban neglected landscape demonstrate the irrepressible nature of the subjects. Still they work, at their allocated tasks, despite unfamiliar surroundings.

There is none of the vapid gloss of Jeff Koons or Anslem Reyle here. These images do not try to deceive by wearing the costume of their inspiration but represent them “au naturel” with a more palpable earned experience than that of parody or lurid seduction.

Stefan Marx’s drawing is immediate & lovely. The image is an illustration of a mirror ball twinkling in our minds eye, the execution is skilful & ephemeral. Its inky black surface reveals an area of paper stained with the dye of confetti, compounding the pleasures we draw from association with this other archetype of fun.

As society continues to hurl itself into a morass of vanity & abuse, lets hope that these ephemeral elements & sensory memories continue to provide their manufactured optimism, that we keep looking for the rainbows in the gutter & find some persistent joy. 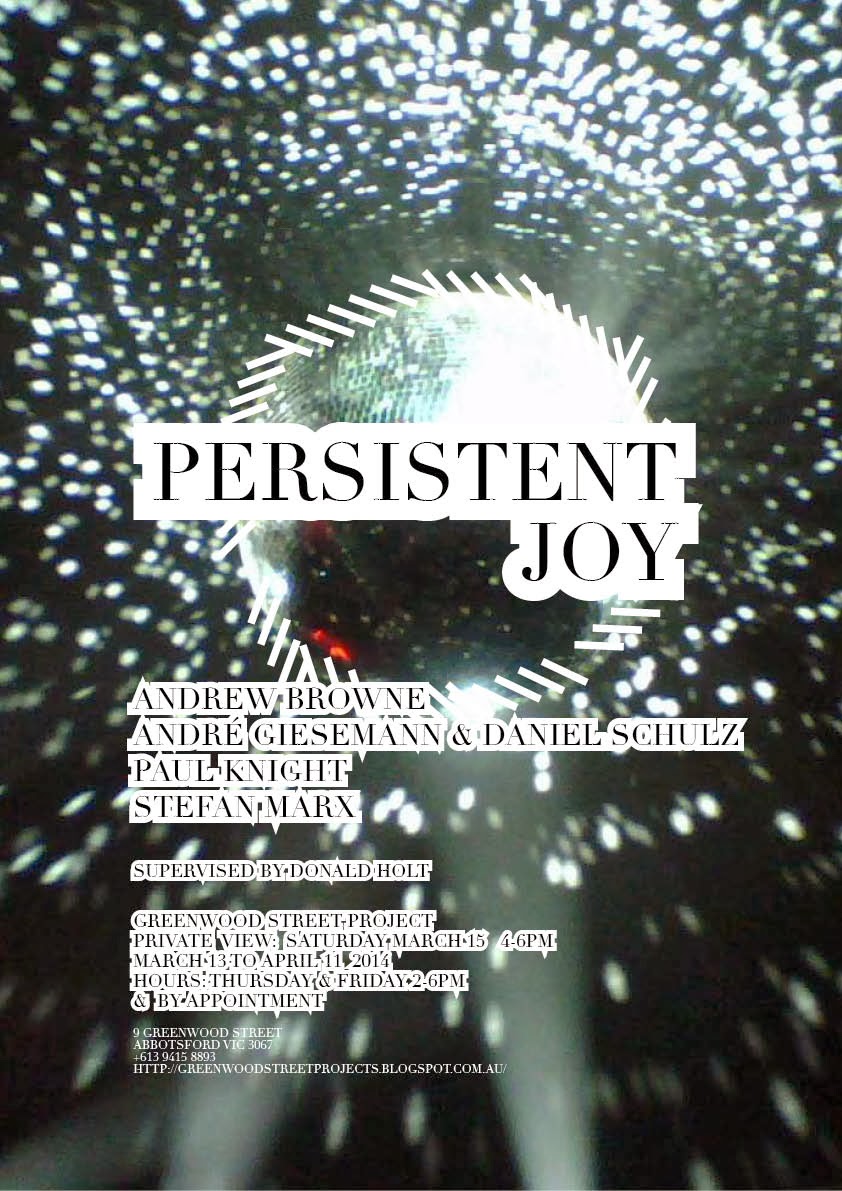 Posted by Admin at 6:50 PM No comments: Links to this post